Posted on April 4, 2014 by noapsociety
“The most important element in an art work is if it will move you, touch your feelings, catch your eyes, or cause to reach that point, color, composition, stroke, understanding of your subject structure. Every elements counts! It doesn’t matter if it is an abstract or a figurative.” – Cheng Lian, NOAPS Master Artist.
.

As the deadline for NOAPS Spring 2014 Online International Art Competition approaches on April 8, 2014, Cheng Lian, NOAPS Master Artist prepares for the difficult task of jurying the paintings. It is a big responsibility that has fallen on the shoulders of many throughout the art history of the world. 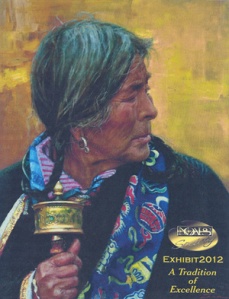 Lian is ready with experience acquired through his training as an artist, his teaching, and his own participation in competitions. He is a NOAPS Master Artist. Since 1991, thousands of artists have showcased their paintings in our exhibits, but only eight artists have achieved the NOAPS Master status, an honor bestowed after receiving an award in three consecutive Best of America Exhibits. A special webpage is dedicated to these eight individuals. See their outstanding works of art at: http://www.noaps.org/html/master_artists.html

.
Jurying, indeed, is a difficult task; nevertheless, it is not a new task. Art competitions and jurors have existed for a long time. As a matter of fact, in the 5th century BC, in Greece, the painter Zeuxis competed against the painter Parrhasius in an art contest. It is said that “Zeuxis painted a cluster of grapes that were so tempting and lifelike that birds flew down from the sky to eat them. Parrhasius painted a curtain that so deceived his opponent that Zeuxis conceded defeat.”

Florence was a center of “juried” competitions in the 15th-century and even earlier. Who would not remember the famous art competition for the commission of the bronze doors at the Baptistry for the old church of St. John won by Lorenzo Ghiberti? His work is now one of the best known art treasures of the world. Many art competitions resulted in commissioned work throughout the history of Western Art. Prizes and name recognition were also an innate part of the contests even back at that time. Other famous art competitions such as the Prix de Rome and the well recorded Salon de Paris (1748-1890) come to mind. The Salon became a government-sponsored international juried exhibition in the 19th century and a grand event attended by the art world and the general public.

The Salon or Paris Salon, a juried art exhibition

Tickets to see The Salon were sold and acceptance practically guaranteed subsequent recognition. As history will tell, art movements were even born as a result of juried exhibitions. The Impressionistic group of artists experienced rejection by The Salon jury and these rejected artists formed their own group and exhibit in 1874.

.
The art competitions were not exclusive to Western Art; they are also found in the Eastern Art Civilization and in other cultures. Japanese art has a long history of Japanese painting exhibits and competitions held between local artists. Hsie Ho, a Chinese art historian and critic wrote the famous “Six points to consider when judging a painting” back in the 6th century China. These six points which are relevant even to this date can be read below.
All these competitions throughout history and even today give the opportunity to showcase the work of established and emerging artists and to receive monetary incentives and commissions that maintain the spirit of the arts alive.
Any judge from the past and from present day will attest to the difficulty of the task. All judges will confirm the complexity of looking at artwork through different angles in order to eliminate subjectivity and create fairness. And, for us, the artists, whether we make a mark or not, it is an opportunity to be part of something special in the continuous history of art.

These six elements that define a painting were written in China in 550 by Hsieh Ho, also known as Xie He. These same elements could be used even today, almost 1500 years later!

This Blog article was researched and written by Hebe Brooks. She has a Fine Art –Studio Painting and an Art History Degree from the University of Houston. Multiple sources were used.